Broadway By The Year 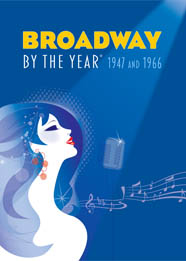 The Town Hall, Broadway By The Bay

“Whenever I see Carole J. Bufford listed on a program, I await her turn with great expectation, and she always comes through. In this instance, she seized the classic “Love for Sale” from the 1930 “The New Yorkers” and beautifully grasped every bit of sadness from the plight of a woman of the streets.” – William Wolf, Wolfentertainmentguide.com

“The well rounded cast offers a cornucopia of varied talents. Carole J. Bufford is clearly at home with the era, flirty and slip/sliding octaves with signature control. Highlights among her numbers are the effectively torchy “Why Did You Do It?” and “I Sometimes Wonder.”” – Alix Cohen, Times Square Chronicles

“Expertly paced with solo performances interspersed with group numbers and dance bits, Christina Bianco, Carole J. Bufford, Ron Rohmer, Jeffrey Denman and Scott Coulter performed in a show hosted by Scott Siegel. Building slowly throughout the show, they left the audience – even those who might be show tune neophytes – completely wowed…Carole Bufford’s rendition of “Hey Big Spender” darn near brought the audience to their knees.” – Cy Ashley Webb, StarkInsider.com

“I was especially moved by the fetching Carole J. Bufford, who lit up the hall with “Torch” from “Face the Music.” The number is satirical, with the singer describing different ways in which she needs to suffer to earn the right to sing a torch song. Bufford sensationally nailed the comic elements while also soaring in true torch song style, a very well-honed interpretive accomplishment. She also gave a strong rendition of “Satan’s Li’l Lamb” from “Americana.” It didn’t hurt that she looked gorgeous in a red dress with one shoulder bared.” – William Wolf, Wolf Entertainment Guide

Broadway by the Year, Musicals of 1966

“A last-minute addition to the show was the young cabaret singer Carole J. Bufford, making her second Broadway By The Year appearance to sing “What Makes It Happen?” While still at an early stage of her career, Bufford is a captivating song interpreter whose confident vocals are matched with strong story-telling skills and interesting lyrical shadings.”
-Michael Dale, Broadway World.com

Carole J Bufford, was back with “What Makes it Happen,” (Walking Happy). I told you, this girl was a rising star, when she first performed and again had the audience cheering.
-Suzanna Bowling, Times Square Chronicles

It fell to talented Carole J. Bufford to conquer the maxim of never follow children or animals on stage. Not to worry. Looking lovely and with an entrancing voice, Bufford sang “What Makes It Happen?” from the show “Walking Happy,” and all was back to normal.
-William Wolf, Wolfentertainmentguide.com

Broadway By The Year, Musicals of 1927

“‘You just saw a star being born.’ Those were the words Scott Siegel said to the crowd at The Town Hall once their enthusiastic applause and cheers for Carole J. Bufford finally subsided. The young cabaret singer with a modest list of New York credits was plucked by the host of the Broadway By The Year series (his wife and writing partner Barbara was undoubtedly a co-plucker) from the Metropolitan Room’s Metrostar Talent Challenge and had just been called out to take a second bow after thrilling the crowd with Jerome Kern and Oscar Hammerstein II’s “Can’t Help Lovin’ That Man of Mine.” Earlier in the evening she held her own in the clowning department, dueting “Funny Face” with the terrific Broadway comic, Christopher Fitzgerald. But granted a moment alone with that masterpiece of torch, she began sweetly and affectionately, keeping a slow and steady tempo that would build in power and unapologetic defiance, challenging anyone to criticize her right to let her heart go where it must.”-Michael Dale, BroadwayWorld.com